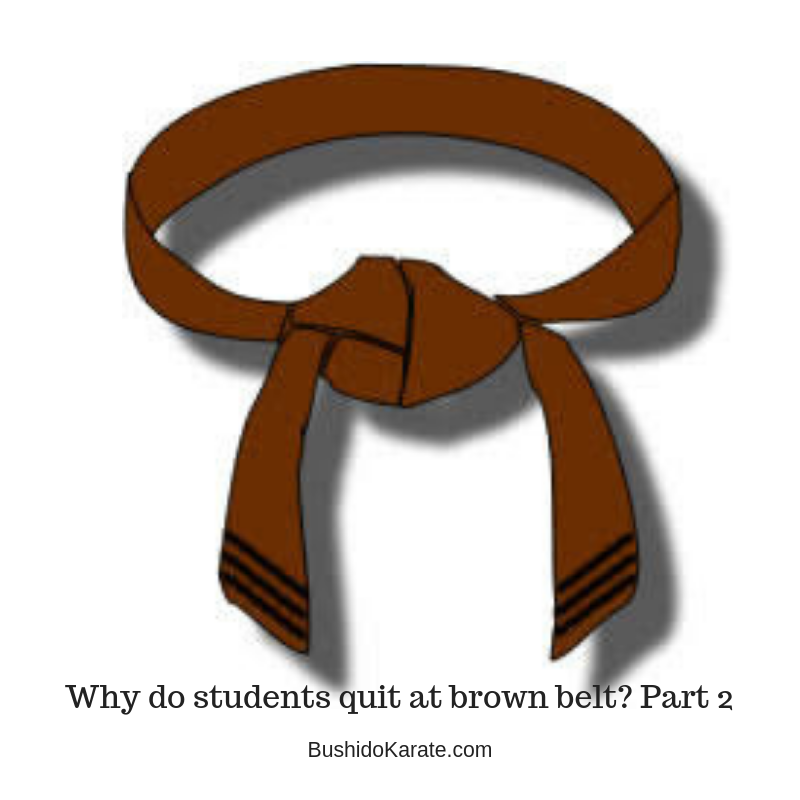 Our post “Why do students quit at brown belt” received quite a few clicks. It’s a topic that deserves some more insight and discussion. So here is our Part 2 which offers a cool scientific explanation.

Fear of the known

So many people don’t like the word fear. It somehow denotes inadequacy. Quite the contrary, fear can be very helpful in some instances. Fear of driving too fast – because you might lose control. Fear of crossing a busy intersection – because you have a greater chance of being hit. I’m not referring to phobias; just ordinary, daily fears. And those are the ones we can readily admit to. It’s universal – those are healthy fears.

Then there is fear of failure. That’s the one that will make a brown belt quit, and many times, won’t admit to this fear. Black belt tests can be long and physically and mentally demanding. When a student is afraid of sparring, for example, sometimes that becomes projected onto the instructor for “not partnering me up fairly”. If a student is not proficient in required techniques this can quickly turn into  “sudden symptoms of injury” that would prompt a medical note to cease training. This is the fear that can almost be referred to as ironic. Aren’t the martial arts supposed to instill self-confidence and courage?  This is the one that needs involvement with the parents, the instructors, teachers and the student. It’s important to keep asking and probing. Be realistic and don’t promise outcomes. The focus should be on the insignifigance of failing if a true effort has been made. The best thing about failing is knowing what you need to work on!

When a student has passed test after test, has learned and grown, even prospered in their martial arts training, why would fear of failure suddenly take such a strong hold? It’s true that black belt tests are meant to test technique, but more important is the spirit and drive the student demonstrates to earn a coveted rank. If you can discover the underlying fear of failure ( sometimes evident as anger at everyone and everything ) you have the opportunity to change a person’s perspective for life.

As a martial arts student and teacher for over 28 years I can tell you I have heard many, many excuses from brown belts for quitting. While I was training as a colored belt there were three other females my own age and belt rank. We all made it to brown belt and all trained hard together. But one by one our group of four became a group of one; me!

The first friend to quit blamed everybody and everything. From inconvenient class times to injuries, she began to let us know that she didn’t need a test to be as good as a “black belt.” And she was gone.

Friend number two was at the top of her training for the years leading up to brown belt. She was devoted and interested. Things changed when she earned brown belt. She didn’t feel our teacher was giving her good training. ( So – it was great for three years, but now it’s not?) She said she was going to another dojo to train. She didn’t. Quit at brown belt.

The last friend in the group not only had Brownbeltitis, she was a classic example of Imposter Syndrome.

Individuals with “Impostor Syndrome” tend to suffer from a very specific self-esteem issue: The belief that they are unworthy of success. -PsychTests

This is a real thing and one of the most relevant statements I read is this:

…the more success “impostors” experience, the more pressure they feel because of the increased responsibility and visibility.     – inc.com

Martial arts are known for their heirarchys and expectations of advanced students. What once seemed like an unachievable goal – earning black belt – is now closer than ever for brown belts. Brown belts are looked up to by younger students because of the role they play in the heirarchy. But brown belts are still a part of the “under belts” community. This community is comfortable and known to the brown belt.

And then comes the once elusive rank of black belt. Achieving a black belt is a huge accomplishment and seen as a big success, especially from your peers. Success can mean stepping into a new role with more responsibility, and more eyes watching.

That last friend I mentioned was living in the wreckage of her future. She had forgotten all the long training sessions, the thank-you’s she received for helping students and the hard-work we all put into reaching our goals. In her mind, becoming a black belt was not achieving a life-long dream anymore. It had become a success she was afraid to achieve.

If I knew then what I know now, I’m confident she would have been testing right beside me!

Links for your consideration

Inspired by the “F” word

Why do students quit at brown belt? 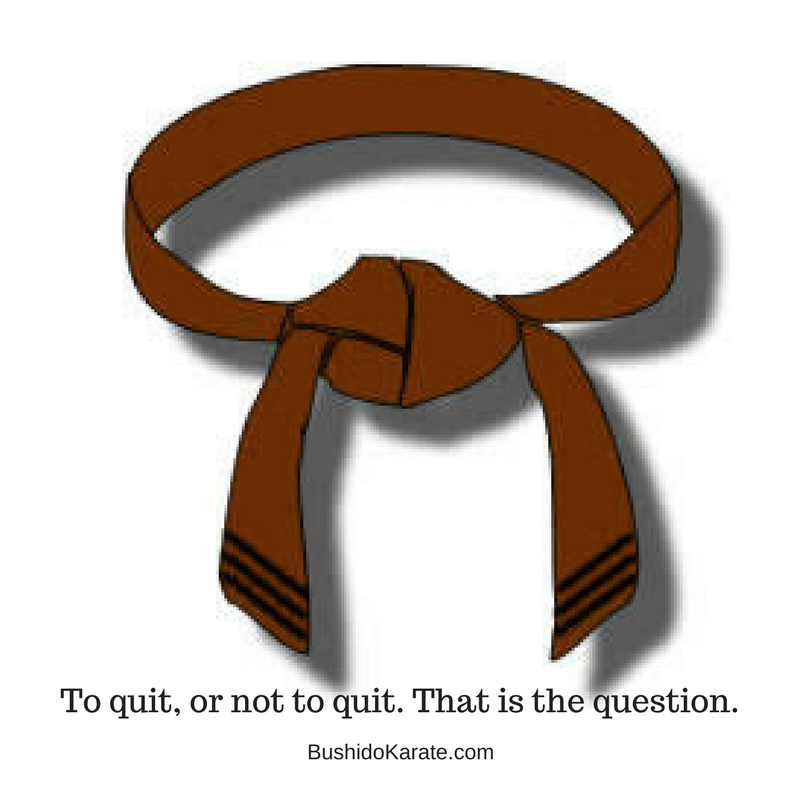 To quit, or not to quit, that is the question

When I was looking for insight about this topic online I was shocked at how many articles address this phenomenon.  In this particular site on reddit a dad asks for advice. His daughter wants to quit Tae Kwon DO and he wants her to stick it out.  I was discouraged to see how many replies said “let her quit” before I hit one that said “no”.

I wish I knew a little background on the responders. Their age, or generation? And whether or not they have ever trained as a martial artist?  What instantly came to mind, though, was that the number of  “quits” was directly proportional to to the real-life ratio of most traditional martial arts schools. A very small number will actually achieve black belt.  I also read that one of the replies mentioned he was now an adult and regretted quitting. I can almost guarantee that anyone who quits training at a brown belt level will one day regret it.  How many times does an accomplished martial artist look back and say “I regret earning my black belt.”?

As an instructor since 1999 I can tell you this is a real thing in the martial arts world. It is not fatal, but it could be final. The good news is there is a cure! Simple steps can prevent it, or cure it.  Simple, but not easy.

There is a reason. But what you are told might not be the truth. After training and advancing toward such an important goal for such a long time there is truly only one reason that is real and valid: TEENAGER.  That’s tough because the mentality can be a very hard thing to influence at that age. A lot of changes are happening and he or she may truly have lost interest. Teenagers really believe they know what is best for them. But they don’t. So too bad. Make them finish what they started. It’s hard to be a parent, no doubt.  Ask for help from the instructor. That’s what we’re here for.

At Bushido School of Karate black belt tests, all candidates are required to write and read aloud a speech about their journey to this memorable day. I can’t tell you how many times we have heard “I wanted to quit when I was 14, but my parents wouldn’t let me. I’m so glad they didn’t”.

Other than being a teenager, if you or your child are ready to call it quits at brown belt, that takes some further questioning. Let’s remember that feelings aren’t facts. Sometimes we convince ourselves, but it’s harder to convince others. So make sure you talk it out loud. And especially with your instructor. There are very few times – actually none that I can think of – that quitting in the months before your black belt test is a good decision. Achieving and earning black belt is one of very few memories that will be with you for the rest of your life.  Start the questions after you read this: Inspiration: Courage .         Dig deep and get it done. 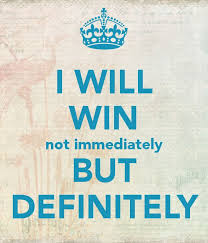 Last Saturday we had the first of our biannual Black Belt Tests.  Testing for first degree black belt is a day the student will remember for the rest of his or life. Through all the belts I’ve earned in my 26 years of training, earning my first black belt was the most memorable. Every time I  witness a student earn black belt, I am inspired by them.

Find inspiration right in front of you

One student in particular has been training since 2007 when he was just 5 years old. You wouldn’t know it by watching his board breaking or sparring, but Daniel was born with cystic fibrosis.

Recently Daniel also received news that he has CFRD, or cystic fibrosis related diabetes. He has spent many, many days and nights in the Maria Fareri Children’s Hospital in Valhalla, N.Y., but not last Saturday. Last Saturday Daniel earned his first degree black belt at The Bushido School of Karate.

Inspiration for today’s post was right there in front of me! All of our students whom make it to test day are inspiring, no doubt about that.  You can imagine though that Daniel’s story is over-the-top motivating! His parents always had hard decisions to make about his medical care, and his lifestyle.   Their never-ending support of his reaching his goal of black belt proved to be a power of example for Daniel.  When he was feeling disillusioned by poor health it would have been so easy to quit. His parents could have placated him and let him give-up. After all, karate classes were a lot tougher for him than healthier kids his age! But they remained encouraging, even when they were feeling just as discouraged as Daniel.

Daniel earned his first degree black belt last weekend but has always been a warrior at heart.  Let his story inspire you to move, start and finish a goal. Encourage your kids to stick with it when they want to quit, and be a power of example for them. Especially when it’s easier to give in! 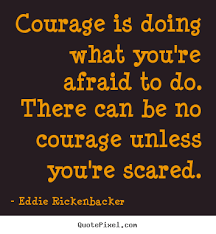 It is no coincidence that we chose the name “Bushido” to represent our karate school and our style.  In fact it is probably why so many dojos have been inspired to include “Bushido” somewhere in their identity. It holds powerful meaning in the martial arts.

Translated to “The Way of the Warrior”  we felt even more strongly about using Bushido in our name when we learned of The Seven Principles of The Bushido. Note that if you search online you will find derivations of these principles, or virtues.  At The Bushido School of Karate, we use the following seven positive characteristics as the Bushido code:

It’s usually a lot easier to find excuses than to come up with reasons. We tend to sabotage ourselves into trying nothing and attempting even less. It is so hard to be truthful and honest with ourselves. When we choose to think we’re “too busy” that becomes our excuse. But when we find the courage to be honest with ourselves we usually find fear is the root of our excuses.  Fear of being embarrassed, or feeling inadequate…yeah, that all sounds like “I’m too busy”.  Find your courage and your reasons!